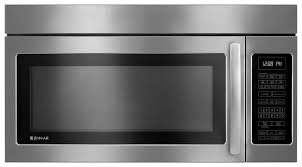 Sometimes it’s hard to wait when you’re praying for something special to happen, and I know what that feels like…

Once, while I was waiting for my miracle, I had a dream. It had been about 6 months since I had surgery and I was growing more and more impatient about having a baby. I thought I’d get pregnant right away. But that’s not what happened.

One night, I had a very interesting dream

There were two parts to this dream. First, I dreamt that ┬Āmy husband and I were visiting some friends for dinner and as the men talked in the living room, I sat in the kitchen while the food was being prepared. I was shocked to see that my friend was spooning raw, runny, red, hamburger meat, into taco shells and placing them in the microwave to be cooked. “YUCK!” I thought to myself, and when she had finished cooking, she topped them with all the trimmings, but I just couldn’t bring myself to eat any, because I saw the way that they were prepared with raw meat, and this really grossed me out!

In the second part of my dream, I was in a meat shop, and I was trying to buy a beef roast which was turning slowly on a spit. I was in a hurry, and I told the man cooking the meat that I had been waiting a long time, and was ready to go. He looked at me and said “I’m sorry ma’am but it’s not ready yet. I said┬Ā “Are you sure? It looks like it’s done.” then he pulled out a long sharp-pointed thing, and pierced through the meat, and all of this red, runny, gook came pouring out. He was right. The meat was not ready… It was as if both parts of the dream had the same meaning.

When I woke up, I thought that maybe this dream had something to do with my healing from surgery, and┬Ā how┬Ā I was not yet healed up enough on the inside.

A few days later, I was sitting in the park, watching┬Ā my son and daughter at soccer practice, when I saw a friend from church. She asked me how I was recovering from the surgery.┬Ā I told her that I was doing fine, but that I was┬Āreally┬Āready to have another baby, “After all”, I said “I’m 35 years old!”…She was nearly 50, and told me that I was still young enough to have another baby.┬Ā “God’s timing is perfect… Just be patient!..I had my last baby when I was 40 years old. ” she said. I smiled, shrugged my shoulders, and said, “But I’ve been waiting so long already.”┬Ā Then she said, ” Faith, you just had surgery… You need time to heal.”┬Ā She laughed and said jokingly, ..┬Ā“What you want is the Microwave Treatment!!”

When she said this, I knew that it was a confirmation of the dream that I’d had a few days earlier… “The Microwave Treatment”… It was true! I didn’t want to wait any longer.. I wanted my miracle,and I wanted it now! This instant… In fact, I wanted it yesterday!!

I was reminded by this incident, that God is in control, and I accepted that He knows best. I would just have to be patient and wait…

Three years later, I realized my miracle, and was expecting our little girl.

“Wait on the LORD: be of good courage…”

8 thoughts on “The Microwave Treatment”

­¤ÅØPodcast: Faith Under the Palm Tree

“It Started With A Party”