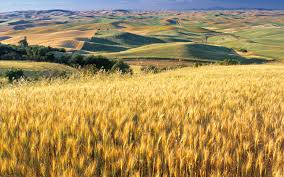 It’s been an amazing journey and, this is the third and final post on the Shunnamite woman. The first two posts were paraphrased from II Kings chapter 4, and today’s story can be found in II Kings chapter 8. Thanks for following along! :)

Sometime after God raised her son back to life, the Shunnamite woman was advised by Elisha, the prophet, to pack up her belongings, and leave her home.  He warned her of how the LORD had called for a famine, and that it would last for seven years. So, the woman did as the prophet said, and traveled to the land of the Philistines, where she lived for seven years.

When the famine was over, she decided to return to her home, and she went to see the King about getting her land back. On the very same day that she was to present her appeal to the king, Gehazi, Elisha’s servant just happened to be in a meeting with the king, because the king wanted to hear more about all the great things that Elisha had done. Just as he began to tell the king about the woman whose son Elisha had raised from the dead, behold, the woman whose son was restored to life, came in to make her appeal to the king, and Gehazi said in excitement, “O king! This is the woman, and this is her son, whom Elisha restored to life!!” And when the king asked her, she told him her story and the king said to his officer, “Restore all that was her’s, and all that she would have earned from her land since the day she left until now.”

The Lord went before her, prepared the king to hear her case, and then gave her back not only her land, but all of the profits that she would have made from her fields over the seven years that she was gone! Wow!! I told you that this story was exciting!  What a great testimony of faith!