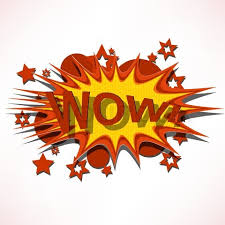 This week for Throwback Thursday, I’m sharing a 3 part story about an amazing woman with amazing faith!

This is one of my absolute favorites because it has every thing a great story needs. Interesting characters, a great plot with problems to be solved, and lots of surprises. I’ll be paraphrasing, but you can find this first part of the story in the book of II Kings chapter 4.

“One day there was a woman who invited the prophet Elisha to have dinner with her. He accepted and after Elisha left, the woman, convinced that Elisha was a holy man, asked her husband if they could add a room on to their house, especially for him, with a bed, a stool, and a table with  a candlestick, so that if ever he passed their way again, he  would have a comfortable place to stay. Her husband agreed. It was done, and the next time the prophet came there, he spent the night. He was moved by her kindness and hospitality, so he asked her if there was anything that she wanted him to do for her.

She asked for nothing in return, and when she left the room, Elisha asked his servant, Gehazi, what could be done for her. Gehazi mentioned that the woman was childless and that her husband was  old.  Elisha called the woman and told her that she would give birth to a son and he told her  when her son would be born. She relied, “Don’t lie to me…” but  miraculously, she gave birth to a baby boy,  at precisely the same time that Elisha had predicted.”

Let’s take a closer look at what has just happened. First of all, this woman had a very kind and hospitable spirit. She invited Elisha to have dinner with her, and then added a room to her house just for him. In scripture she is called a “great” woman, so perhaps she was wealthy, and adding a room to her house was something that she could easily afford to do. Next, she had respect for the man of God, evidence that she embraced a level of faith,… a limited level of faith, that would soon increase, and later be tested.

I refer to her faith as limited because, when Elisha asked her what he could do for her, she asked for nothing…She believed in God, but her faith appears to have its limits… Was it really true that she didn’t want anything… He was a prophet after all… She knew that he was a man of God, a holy man.  She had said so herself.. What was it that she really wanted? Could it be that she had given up on the hope of ever having a child?… Did it seem to be too impossible of a request? Whatever the case.She didn’t ask… It was Elisha’s servant who mentioned that she was childless, and even when Elisha told her that she’d have a son, her reply was, “Do not lie to me”… Because to her, it seemed to good to be true..

Her faith would soon increase to a whole new level, throughout the months in which she carried her son in pregnancy, gave birth to him, and delightfully embraced him in her arms.