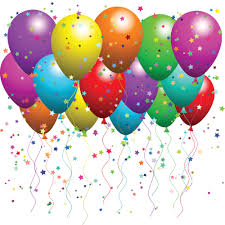 Once, several years back, I took my Jeep in to have my brakes checked, and as I sat in the waiting area, an elderly man sat, quietly, a few chairs down,waiting for his vehicle and reading a newspaper. I smiled at him as I sat down, and began leafing through one of the magazines on the table next to me.

When the mechanic came out to give me the news about my Jeep, I stood up and walked over to the counter to meet him. He basically told me that my brakes were in worse condition than I thought, and that I was going to cost much more than I had expected. I asked how much it would cost to do part of the job now and the rest later on, and he said he’d go back and check with his manager.  I went back to my seat and the older gentleman, leaned over and quietly said that he would like to pay the difference, so that I could get the whole job done today. I was totally surprised at this and responded by saying, “Thank you sir. That is very kind of you but I can’t accept, thank you though. That’s very nice of you to offer.”

He answered by saying that he would really like to do this for me and my family, and this is just the type of thing that he and his wife try to do for others whenever they have the opportunity. So he asked that I please accept his offer. I thought for a minute and then asked if I could  have his name and address in order to repay him, and he said no. He said  that this would be a gift, and that he did not want to be repaid. I realized that this was a blessing, so I graciously accepted. ( I did manage to get his name and address anyway, so that we could send him and his wife a thank you note. We also included a gift card for he and his wife to go out to dinner.)  :)

That day, when I drove off, I felt so much gratitude, as I had thanked this gentleman several times, and was doubly blessed to have experienced true generosity and a “blessing in surprise!”