How surprised we are when we see that God has answered our prayers! 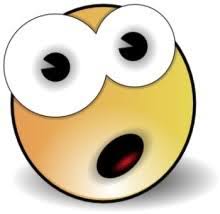 “Peter …was kept in prison: but prayer was made without ceasing of the church unto God for him.

And when Herod would have brought him forth, the same night Peter was sleeping between two soldiers, bound with two chains: and the guards before the door kept the prison.

And, behold, the angel of the Lord came upon him, and a light shined in the prison: and he struck Peter on the side, and raised him up, saying, Arise up quickly. And his chains fell off from his hands.

And the angel said unto him, Gird yourself, and bind on your sandals. And so he did. And he said unto him, Cast your garment about you, and follow me.

And he went out, and followed him; and knew not that it was true which was done by the angel; but thought he saw a vision.

When they were past the first and the second guard, they came unto the iron gate that leads unto the city; which opened to them of its own accord: and they went out, and passed on through one street; and immediately the angel departed from him.

And when Peter had come to himself, he said, Now I know of a surety, that the Lord has sent his angel, and has delivered me out of the hand of Herod, and from all the expectation of the people of the Jews.

And when he had considered the thing, he came to the house of Mary the mother of John, whose surname was Mark; where many were gathered together praying.

And as Peter knocked at the door of the gate, a maid came to answer, named Rhoda.

And when she knew Peter’s voice, she opened not the gate for gladness, but ran in, and told how Peter stood before the gate.

And they said unto her, You are mad. But she continued to affirm that it was so. Then they said, It is his angel.

But Peter continued knocking: and when they had opened the door, and saw him, they were astonished.” Acts 12:5-16

You see, although they had been praying and hoping for Peter’s release, they were still completely surprised to find that God had actually answered their prayers. They even said that the girl had gone crazy, because they couldn’t believe that Peter was actually at the door, and then they said that it must be his angel!  (Did they think that he had died or something?) All of this, after such intense prayer and intercession had been offered up by them on Peter’s behalf!