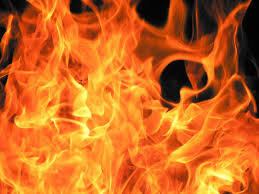 A Reflection of Him…

“Let your light so shine before men, that they may see your good works, and glorify your Father which is in heaven.”
Matthew 5:16