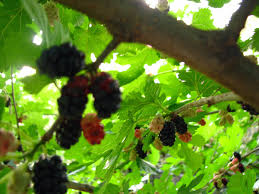 There is a story found in 2 Samuel, chapter 5:17 – 25, where David has just been anointed king over Israel, and when all of the Philistines heard this, they set out to fight against him in battle. The bible says that the Philistines “spread themselves in the valley of Rephaim”, and here’s what I love about David; he always asks the Lord first before he does anything! ( I would love to go much deeper on this subject, but that’s another post, so please stay tuned!)  The bible says that “…David enquired of the LORD, saying “Shall I go up to the Philistines? Wilt Thou deliver them into my hand?” And the LORD said unto David, Go up: for I will doubtless deliver the Philistines into thine hand.”  So David went to battle with the Philistines, the LORD was with him, and he defeated them.

Not long after this the Philistines regrouped, and returned to attack David again. You would think that David would just “take them on” in confidence, knowing that God was with him before. and so naturally he would be victorious again, but no. David again enquired of the LORD, and it’s a good thing too,because this time the LORD had different battle plan in mind for him. (This is so exciting I can hardly wait to write it!!)

God told David that he was not to use the same strategy to defeat the Philistines as he did last time. This time, he was to come up from behind them, waiting in ambush under the mulberry trees… The LORD said “… When you hear the sound of a rustling in the tops of the mulberry trees, get ready to attack, for then shall the  LORD go out before thee, to smite the host of the Philistines.” And David did as the LORD commanded him; and smote the Philistines…” AWESOME!!!

This is so exciting! It was actually as if God Himself was in the trenches with David, and from the heavens, He would “tickle” the tops of the mulberry trees, to signal David that He was with him, and would go before him, and would give him the victory!

Just imagine David and his troops, quietly waiting and listening, in anticipation for God to do something great on their behalf. Now, imagine yourself in the same position…

“Quietly waiting and listening, anticipating a blessing!” God Bless You. :)

8 thoughts on “Under The Mulberry Tree”